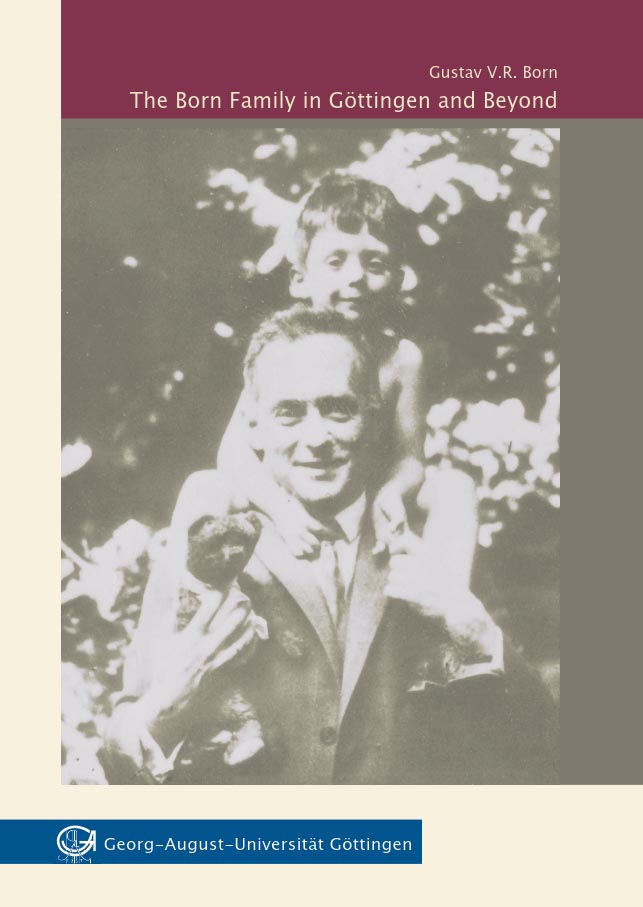 The Born Family in Göttingen and Beyond

Gustav Victor Rudolf Born was born in Göttingen in 1921 as one of the three children of Hedwig Born and the already famous physicist Max Born who became Nobel laureate in Physics in 1954. On the grounds of the Born’s Jewish origins and the open pacifism of Max Born, the National Socialists forced the Born family to leave Germany in 1933, soon after the National Socialist Party seized power. The family immigrated to Great Britain, first to Cambridge, later to Edinburgh. The Born children spent the rest of their childhood and youth in Britain, and Gustav Born obtained his medical degree from Edinburgh University, his doctoral degree from the University of Oxford. During his long and distinguished academic career, Born has held chairs of pharmacology at the Royal College of Surgeons, at Cambridge University, and at King’s College in London. At the end of his outstanding career and his invaluable contributions to knowledge of the pathophysiology of the circulation, haemosthasis, thrombosis and atherogenesis, he was Research Professor at the William Harvey Research Institute. In this book he reflects on the life journey the Born family was forced to take. The text stems from the conference “Göttingen and the development of the Natural Sciences”, organized by the Georgia Augusta’s Institut für Wissenschaftsgeschichte in November 2000. Gustav Born agreed to attend and follow the invitation to present a keynote address on “The Born family in and out of Göttingen”, which was held in the University’s sanctum sanctorum, the so-called Alte Aula. His address was the highlight of the conference, attended by many from Göttingen’s academic community and concluded with a long standing ovation. In a personal conversation with Arnulf Quadt (professor for particle physics at Göttingen University), briefly before his sad passing in April 2018, Gustav Born encouraged to make the book on the story of his family available again. The University of Göttingen is deeply honoured to follow Gustav Born’s suggestion and present a commented reprint of the original keynote in 2002.