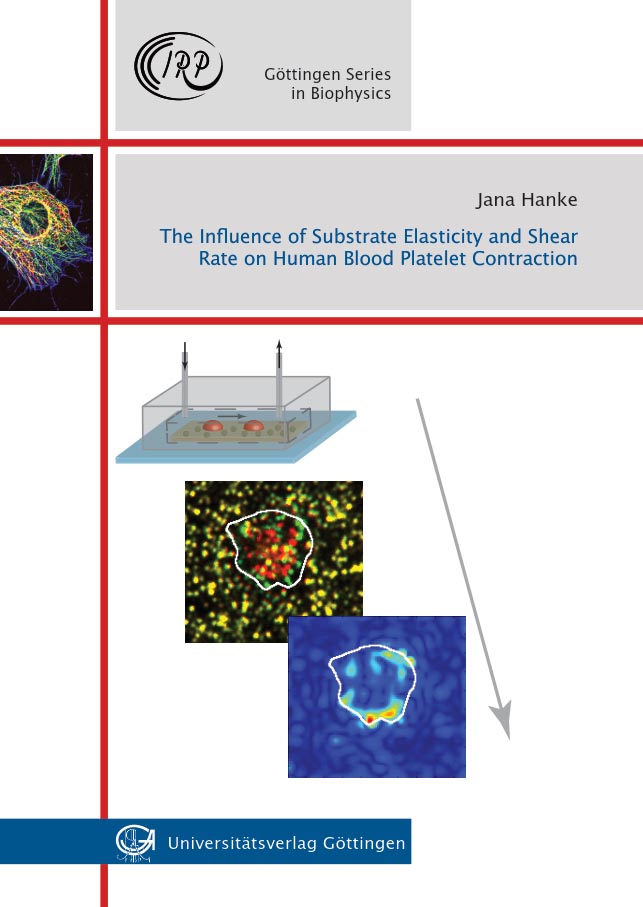 Human blood platelets are small, anucleate cell fragments that are important for the life-saving mechanism of haemostasis, i.e. the process to prevent a haemorrhage. Upon injury, blood platelets adhere to the exposed extra-cellular matrix and spread, clot and contract to close the wound. This process has to work reliably in a multitude of different environments, including surrounding tissues of various stiffnesses as well as the exposure of different shear flows due to blood circulation. In the present work, the reaction of human blood platelets to such environments is reported. Specifically, the spatial and temporal contraction behaviour of platelets and its variation is studied in response to elastic substrates within the stiffness range of 19 kPa to 83 kPa and shear rates between 14 s^(-1) and 33 s^(-1), corresponding to shear rates as found in larger veins. To be able to visualise and analyse the contraction of the platelets, time-resolved traction force microscopy was employed together with a specifically tailored differential particle image velocimetry method and a microfluidic system. It was found that platelets exhibit very dynamic contractile behaviour as well as comparatively high forces in the light of their small size. The experimental results showed that platelets are not mechanosensitive within the studied stiffness or shear rate ranges. This was observed both in the spatial and temporal force development as well as the final spread area reached by the platelets. The force was, instead, depending on the spread area. By modelling the cell as an elastic, actively contracting disc and fitting this model to the dependency of the force on the area for data collected on various stiffnesses, it was concluded that due to their small size, platelets are only mechanosenstive to substrates of at least one order of magnitude softer than used here. Under flow conditions, it was shown that platelets do indeed adapt to the direction of the flow. Here, the preferred orientation of the contraction in comparison to the flow direction changed from 45° for the lower flow rates to roughly 90° for the highest shear rate. To understand this result, the stress distribution on the platelets’ surface under flow was simulated, demonstrating the highest stress to be found roughly at 90°. Hence, the reported orientation of the contraction is accounted for by the reduction of stress on the force-transmitting network of the platelet connected to the underlying substrate. In conclusion, platelets are mechanoinsensitive to a multitude of different environments, indicating an ‘all-or-nothing’ response to such cues.