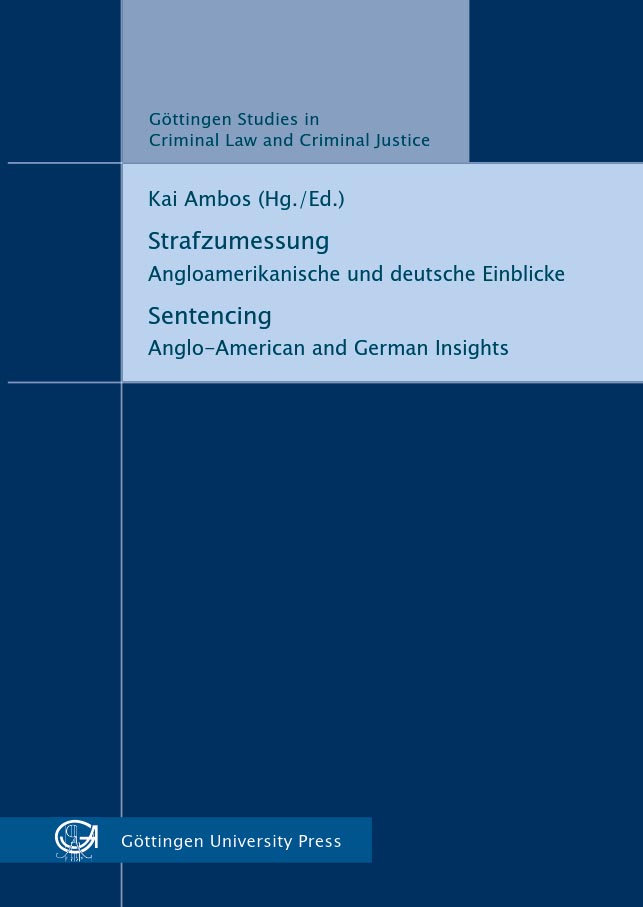 In September 2018 the criminal law section of the 72nd Deutscher Juristentag (DJT, “German Assembly of Jurists”) debated the question “Sentencing Guidelines vs. Free Judicial Discretion – Is German Sentencing Law in Need of Reform?” Despite the expert opinion provided by Johannes Kaspar and the accompanying scholarly commentaries, ensuing proposals for fundamental reform met with rejection. The comparative perspective was limited to the US Federal sentencing guidelines. The intention of this volume is therefore, on the one hand, to draw a more nuanced picture of Anglo-American sentencing law focusing on three legal systems (England/Wales, USA and Canada) accompanied by commentaries from a German perspective; on the other hand, we want to make the German perspective (better) known within the Anglo-American legal world by reproducing important DJT documents in English language. To ensure the widest possible distribution we opted for a bilingual open access publication.