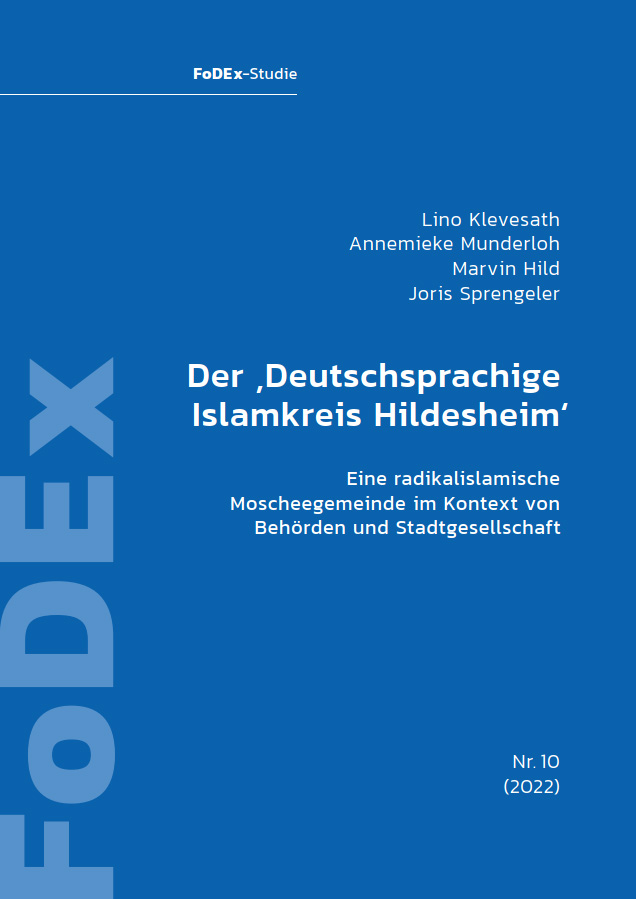 The present qualitative interview study has set itself the task of reappraising the developments from the emergence to the official ban of the German-speaking Islamic Circle (DIK) and the associated mosque. In order to approach the question of how it was possible for a radical Islamic mosque to emerge and establish itself in the middle of Hildesheim's Nordstadt, we use the "hotbed" approach as a basis for analysis. According to this approach, the geographic distribution of the places of origin of those who left to fight in IS territory is by no means evenly distributed; rather, certain places or neighborhoods stand out in which recurring factors that condition radicalization can be identified. To examine why the now-banned Hildesheim mosque association around the convicted "IS chief recruiter" in Germany, Ahmad A. alias "Abu Walaa," became a hotbed, we conducted a total of nine interviews in the spring and summer of 2021. We spoke with members of the local Muslim community and former visitors of the DIK mosque, non-Muslim persons living in the immediate vicinity of the mosque, as well as with representatives of authorities, institutions and civil society institutions. The empirical material is supplemented by an analysis of Abu Walaa's social media content, in particular his Telegram channels, as well as by recordings of various court hearings of the criminal trial against Abu Walaa that we attended. Translated with www.DeepL.com/Translator (free version)