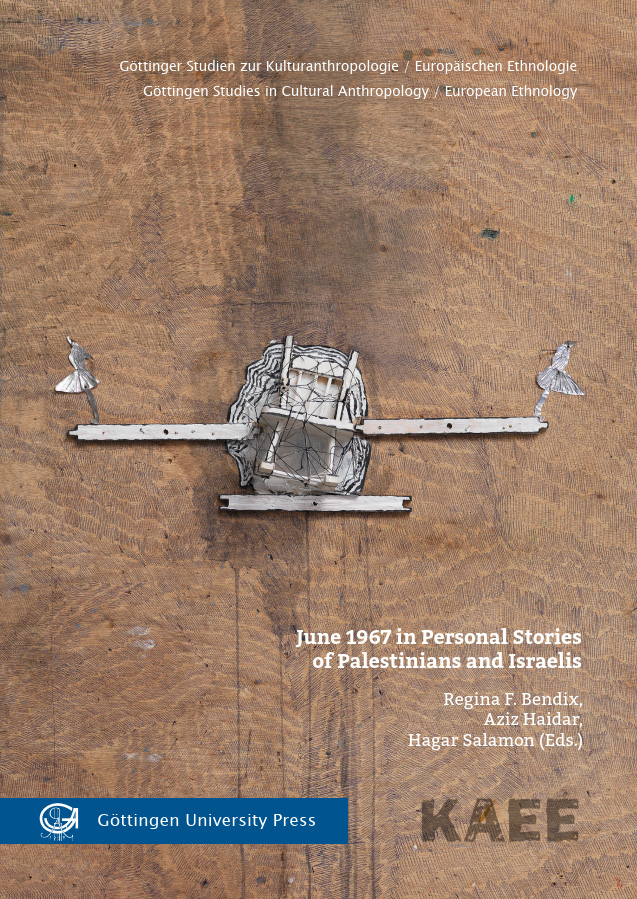 June 1967 in Personal Stories of Palestinians and Israelis

The clash of June 1967, called by Israelis the Six-Day War and by Palestinians the Naksa (setback), is a critical milestone within the longstanding Israeli-Palestinian conflict. Despite all the scholarly attention ever since, there remain unheard voices and untold stories. It is the personal stories of people in the region that are at the center of this book. How do they remember 1967? How were their lives affected, even changed dramatically as a result of that short war? Listening to their stories as told some 50 years later, an incomplete tapestry of memories and understandings emerge. This book is the product of a re- search collaboration among Palestinian, Israeli and European folklorists, cultural anthropologists and sociologists. The personal stories were collected in the framework of interviews with men and women from all walks of life, on the days before, during and after this dramatic confrontation. The book is comprised of eleven chapters based on a corpus of several hundred conversations, as well as eight representative interviews. Together they afford insight into differential memories and sensations, visions of euphoria and despair, newly revived hopes, pain and disappointment, disillusionment and repentance.