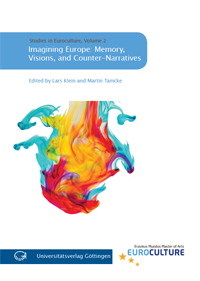 In the course of the so-called ‘economic and financial crisis’ from 2008 onwards, there has been a fierce debate about the role and purpose of the European Union. It was led in politics and the media just as in academia. The economic usefulness of the Euro has been discussed, and the political implications of a fostered European unification. Most often, the state of Europeanization has been presented as being without alternatives: no Europe without Greece; no Euro without Greece; no way back to the nation state in its old form. As a result, the debate on Europe was largely narrowed down to the very questions of the immediate crisis, namely economics and fi nance. Only a few voices held that the crisis in fact was one of politics, not of economics. And only late did politicians mention again that Europe is more than the EU. Alternative views of Europe, however, were scarce and often presented full of consequences. It thus came without much surprise that the lacking imaginative power of politicians as well as intellectuals was criticized. The idea for this volume sprang from that situation. The editors invited scholars from various disciplines to present them with ways of imagining Europe that go beyond the rather limited view of EU institutions. How was, how is Europe imagined? Which memories are evoked, which visions explicated? Which counter-narratives to prominent discourses are there?