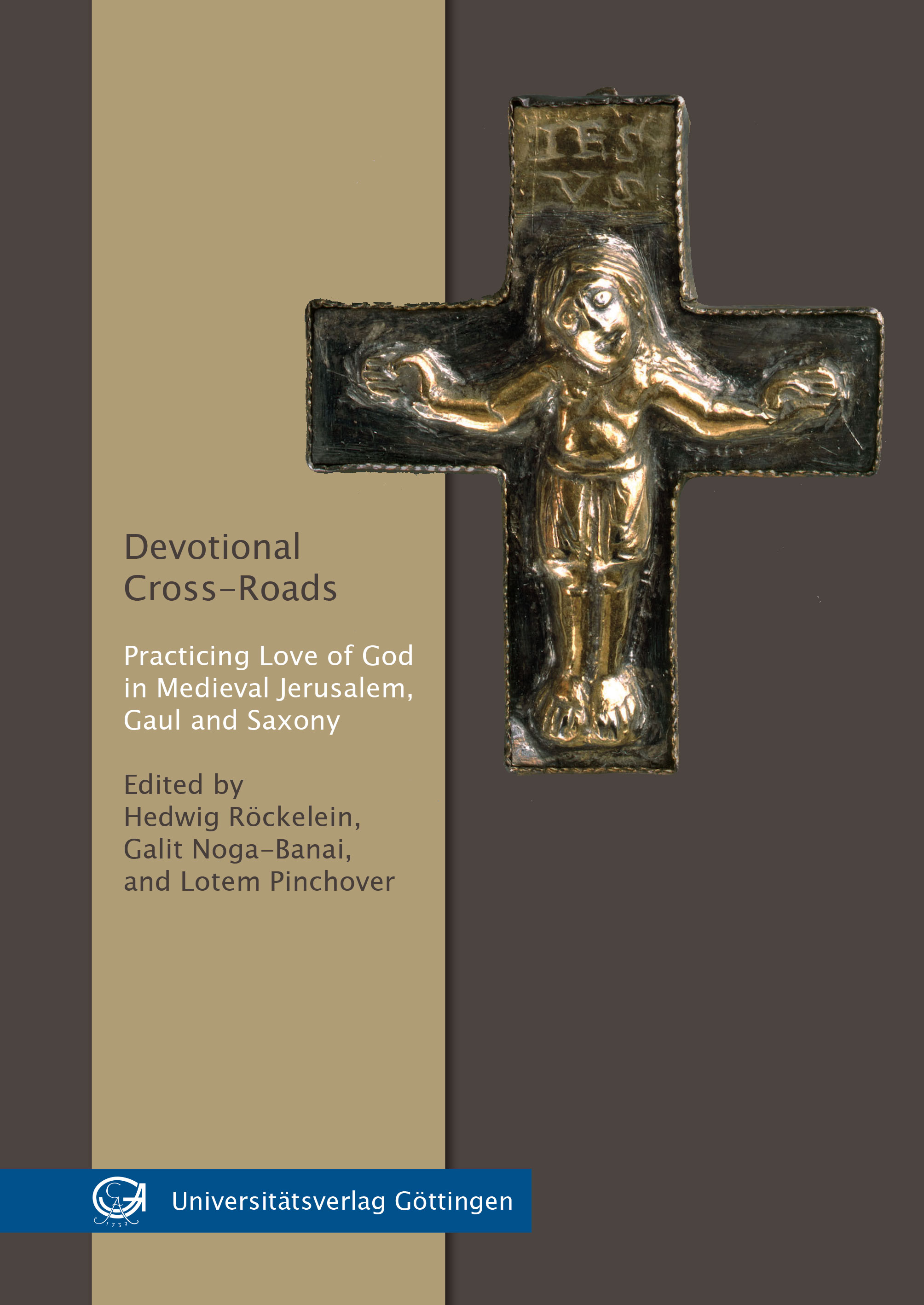 Practicing Love of God in Medieval Jerusalem, Gaul and Saxony

The collection of essays presented in “Devotional Cross-Roads: Practicing Love of God in Medieval Gaul, Jerusalem, and Saxony” investigates test case witnesses of Christian devotion and patronage from Late Antiquity to the Late Middle Ages, set in and between the Eastern and Western Mediterranean, as well as Gaul and the regions north of the Alps. Devotional practice and love of God refer to people – mostly from the lay and religious elite –, ideas, copies of texts, images, and material objects, such as relics and reliquaries. The wide geographic borders and time span are used here to illustrate a broad picture composed around questions of worship, identity, religious affiliation and gender. Among the diversity of cases, the studies presented in this volume exemplify recurring themes, which occupied the Christian believer, such as the veneration of the Cross, translation of architecture, pilgrimage and patronage, emergence of iconography and devotional patterns. These essays are representing the research results of the project “Practicing Love of God: Comparing Women’s and Men’s Practice in Medieval Saxony” guided by the art historian Galit Noga-Banai, The Hebrew University of Jerusalem, and the historian Hedwig Röckelein, Georg-August-Universität Göttingen. This project was running from 2013 to 2018 within the Niedersachsen-Israeli Program and financed by the State of Lower Saxony.