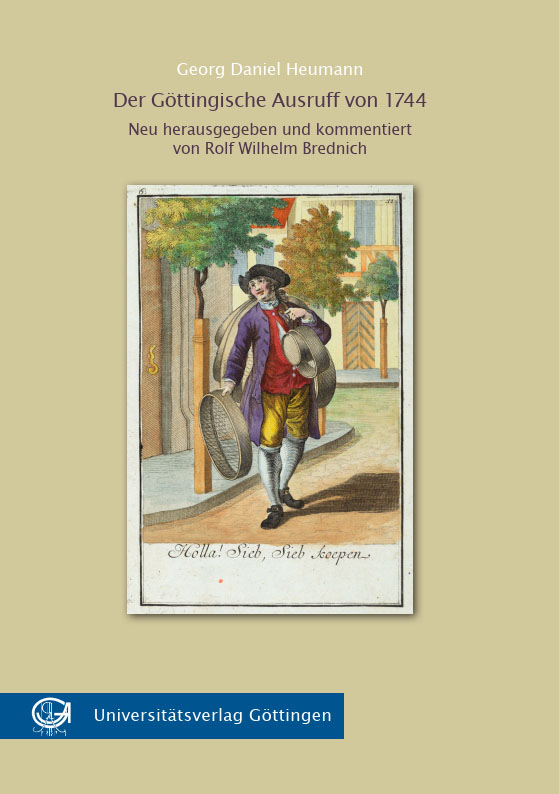 The well-known artist Georg Daniel Heumann (1691-1759), who came from Nuremberg, had been appointed as a university copper engraver at the Georgia Augusta in Göttingen in 1740. Because of his interest in itinerant street traders, he became the creator of the Göttingischen Ausruff, a series of prints of 30 artistic etchings. They are a valuable documentation of itinerant trade in a Lower Saxon agrarian town that was becoming a university town and where the traditional rural range of goods competed with the needs of a more sophisticated section of the population. With his excellent powers of observation and delight in detail, Heumann authentically captured the reality of life in Göttingen's street trading and the new ambience of the city. He did not depict types of street vendors, but individuals in their dress, body language, range of goods or services, Low German exclamations, and the way they transported and offered their wares. In the commentary, the editor presents the status of street trading within the Göttingen market regulations and the established guild system, which goods were desired and which were undesirable. Translated with www.DeepL.com/Translator (free version)