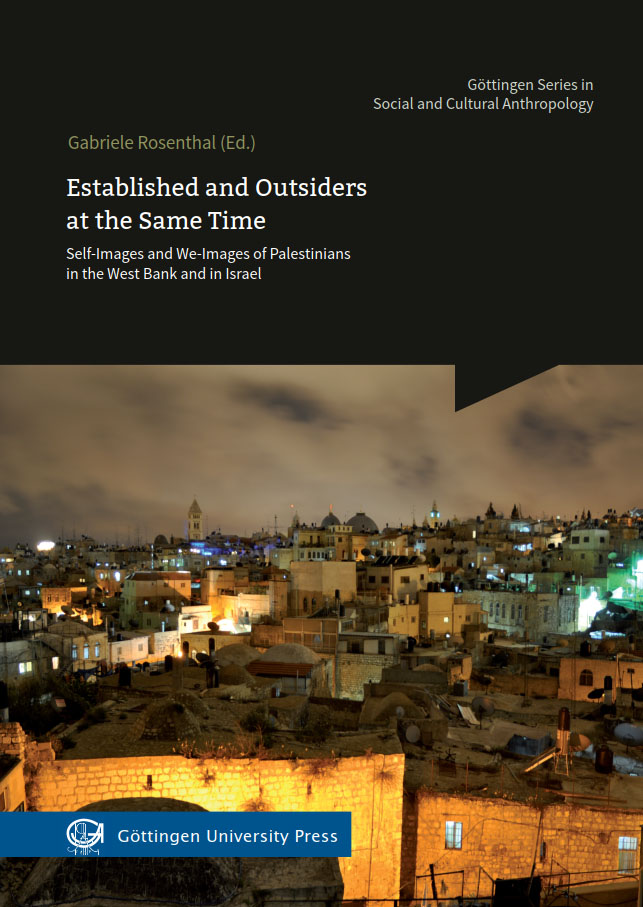 Established and Outsiders at the Same Time

Palestinians frequently present a harmonizing and homogenizing we-image of their own national we-group, as a way of counteracting Israeli attempts to sow divisions among them, whether through Israeli politics or through the dominant public discourse in Israel. However, a closer look reveals the fragility of this homogenizing we-image which masks a variety of internal tensions and conflicts. By applying methods and concepts from biographical research and figurational sociology, the articles in this volume offer an analysis of the Middle East conflict that goes beyond the polar opposition between “Israelis” and “Palestinians”. On the basis of case studies from five urban regions in Palestine and Israel (Bethlehem, Ramallah, East Jerusalem, Haifa and Jaffa), the authors explore the importance of belonging, collective self-images and different forms of social differentiation within Palestinian communities. For each region this is bound up with an analysis of the relevant social and socio-political contexts, and family and life histories. The analysis of (locally) different figurations means focusing on the perspective of Palestinians as members of different religious, socio-economic, political or generational groupings and local group constellations – for instance between Christians and Muslims or between long-time residents and refugees. The following scholars have contributed to this volume: Ahmed Albaba, Johannes Becker, Hendrik Hinrichsen, Gabriele Rosenthal, Nicole Witte, Arne Worm and Rixta Wundrak. Gabriele Rosenthal is a sociologist and professor of Qualitative Methodology at the Center of Methods in Social Sciences, University of Göttingen. Her major research focus is the intergenerational impact of collective and familial history on biographical structures and actional patterns of individuals and family systems. Her current research deals with ethnicity, ethno-political conflicts and the social construction of borders. She is the author and editor of numerous books, including The Holocaust in Three Generations (2009), Interpretative Sozialforschung (2011) and, together with Artur Bogner, Ethnicity, Belonging and Biography (2009).